Lentils: Ancient agricultural crop is still on the menu

If you find something that works you should stick with it. Though most people aren’t aware of the fact, lentils have a lengthy legacy. Historically, lentils have been cultivated and consumed by humans for more than 8,000 years. ‘Lentil: An Ancient Crop for Modern Times’ identifies lentils as the oldest know pulse crop, with carbon dating confirming the presence of lentils as far back as Ancient Greece. 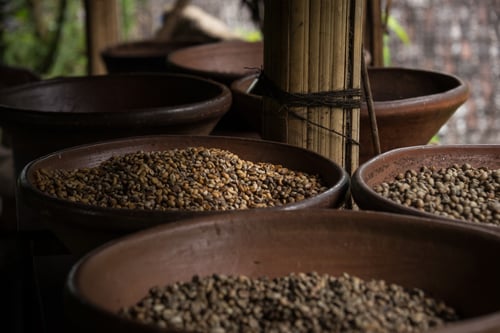 Our Old World ancestors in western and central Asia first found lentils growing in the wild. These early farmers learned to cultivate lentil plants and eventually incorporated them into their daily diet. With its agricultural and culinary success, the farming and consumption of lentils inevitably spread. Scholars trace the expansion of lentil agriculture outward through Asia, into the Mediterranean regions, and onward into Europe. Eventually, lentils made their way with explorers, travelers and settlers across the Atlantic Ocean and into the New World.

With the spread of this reliable and nutritious crop, humans incorporated lentils into their diets and dishes—customizing them into a variety of cultural and ethnic recipes depending on the region, available ingredients, spices, and taste preferences. As technology continues to break down walls between different cultures and countries, Westerners are expanding their pallets and developing a flavor for these African, Asian, Indian, Mediterranean, and Middle Eastern dishes containing lentils.

As lentils continue to make their way into America’s farmland and onto their tables, USDA.gov information about the crop includes a list of popular lentil dishes, including dhal, kik wot, kushari, and mujaddara. Never heard of them? Here’s a description:

Dhal (sometimes spelled dahl, dal, or daal) is a popular Indian dish, described by TheBetterIndia.com as an ancient Indian “comfort food.” Dhal can be served in a variety of forms ranging from soup to stew to curry. Although each region of India has its own favorite recipes, common ingredients include onion, garlic, ginger, turmeric and curry powder.

Kushari (sometimes spelled koshari or koshary) is considered Egypt’s national dish. This widely popular street food is said to have originated during the mid-19th century and shares Indian, Italian, and Middle Eastern culinary influences. Kushari includes rice, macaroni, and lentils and is served with spiced tomato sauce, garlic vinegar, and garnished with chickpeas and fried onions.

Mujaddara (sometimes spelled mujadarah) is a dish served in Arab countries, which is made of brown or green lentils, rice and caramelized onions and meat. Seasonings often include cumin, coriander, or mint. A dish with staying power, the ‘Encyclopedia of Jewish Food’ by Gil Marks lists the first recorded recipe for Mujaddara to have appeared in Iraq in a cookbook in 1226 A.D.!

Like other cultures before it, the U.S. is now embracing the lentil as its own. Each year Pullman, Washington hosts an annual National Lentil Festival serving up the “world’s largest bowl” of lentil chili! The festival has been postponed this year and is scheduled to take place August 20 – 21, 2021.

For health conscious Americans, the lentil is indeed something to celebrate. All these lentil dishes take advantage of the lentil’s low fat, high protein composition —making it a heart healthy addition to soups, stews, casseroles and salads. The carbohydrate content results in a low glycemic index, providing healthy fare for those concerned about diabetes and blood sugar levels.

High in fiber, lentils are also a good dietary choice when looking to avoid certain types of cancer. According to TheLifeImpact.com, minerals found in lentils include: calcium, iron, magnesium, phosphorus, potassium, sodium, and zinc. Vitamins include: Vitamins A, B6, B12, C, D, E, and K, along with thiamin, riboflavin, niacin and folate.

With all these recipes and health benefits, it’s no wonder this ancient staple has stood the test of time and is continuing to find a place on the menu and at the table!

For those of us who are looking to incorporate a greater number of pulses and grains – like lentils...

Today’s world has most everybody feeling about as far from relaxed as possible. However, don’t...

Halloween’s just around the corner and you’ve probably already been planning. Invitations have...