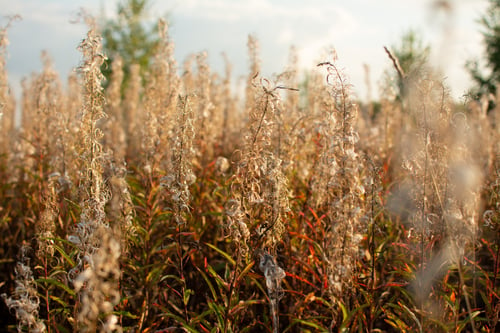 The 1980s farm crisis inspired innovative and adaptive change among local growers who turned to alternative crops, such as lentils and chickpeas. Although the idea initially took time to sprout, these pulse crops have proved to be a viable agricultural alternative in the region, serving both as cash and cover crops.

Undoubtedly, the 70s and 80s were scary times for Montana agriculture. Multigenerational family farmers were affected by financial challenges in the industry brought on by economic factors like grain embargos, high interest rates, and high oil prices. This led to high-priced farm equipment and rising farm debt that led to losses unseen since the Great Depression. Given the times, farmers and bankers approached the idea of growing or investing in organic pulse crops with great hesitation.

Over the past 40 years, however, the shift toward growing organic pulse crops in the region has proved to be a wise investment. After the crisis, Montana quickly emerged as one of the leading states in acreage for organic agriculture. They were not alone. Successful Farming (Agriculture.com) quoted David Oein that pulse acreage rose from 400,000 acres in 1994 to 2.8 million acres in 2017. Growth expanded greatly after 2002 when Congress included pulses in the farm bill.

Last spring the Northern Ag Network reported that Montana farmers are viewing pulse crops as a more permanent part of their prospective crop rotations, despite market fluctuations—a clear indication that the agricultural trend is here to stay.

There’s good science behind pulse crop success. For thousands of years these ancient crops fared well in the Nile region of Africa and western Asia, and pulse crops perform equally well in Montana’s cool, dry climate. In Montana, dryland lentils can yield 800 to 1,500 pounds an acre, depending on the season and rainfall, with chickpeas and peas resulting in even higher yields.

Pulse crops also have the added benefit of enhancing the soils in which they are grown. While fallow fields erode and lose moisture, fields seeded with pulse cover crops work in partnership with nature. Through the nitrogen-fixation process, pulse crops capture atmospheric nitrogen (N2) and move it to their roots where, with the help of soil microbes, it is converted to organic nitrogen compounds (NH3) that are then used by the plant and ultimately enrich the soil.

This organic process eliminates the need for synthetic chemical fertilizer—an economic boon to the farmer. The added organic plant material also changes the soil’s integrity, making it better at retaining moisture, which is a positive in dry climates. Pulses are resistant to many of the pests and diseases grassy plants like wheat succumb to, making rotations a smart move and an incentive to choose pulse crops as cash or rotational crops. In October of 2019, NPR’s The Salt, described rotations that help cut down on both fertilizer and pesticide use, and are now almost universally considered a solid economic strategy.

Every farmer knows that making a living off agriculture is a gamble based on complex decisions and multiple variables including planting prospectives, market futures, weather and growing season, and actual price at harvest. But the gamble with pulses is steadily becoming a safer bet. The Natural Sustainable Agriculture Coalition (NSAC) highlights NCAT research that shows organic agriculture isn’t any more risky than traditional agriculture.

Heightened and increasing environmental consciousness has also been steadily increasing throughout the globe, bringing organic farming practices into favor. As noted by The Salt, additional concerns about chemical fertilizer run-off affecting water quality have prompted some big businesses to take notice and take action. The article references retail giant Target joining the AgWater Challenge, an initiative by two non-profit organizations, Ceres and The World Wildlife Foundation, which encourages better management practices among the world’s largest beverage and food producing companies.

Innovation with pulse crops continues. Closer to home, Amaltheia Organic Dairy in Belgrade, Montana, uses pulse crops as animal feed. Though the price is slightly higher than traditional feed, after incorporating “screenings” from processing pulse crops – essentially the “seconds” from color and quality separations into their goat’s diets, the company reported milk production up 20 percent, with increased cheese yield.

American’s palates are also expanding when it comes to pulses. Pulse products are being found everywhere from university dining halls to high end restaurants. Pulses are found in appetizers, desserts, protein bars and snacks, and in meat substitutes. Hummus, a popular food among millennials, showed sales rising from $5 million in 1997 to $750 million in 2016 (the year the United Nations designated the International Year of Pulses), according to the US Dry Pea and Lentil Council, which predicts that demand will continue to rise.

Incorporation of pulse crops in Montana clearly makes good business sense. Though the COVID-19 pandemic may have given farmers another wild card in their annual agriculture gamble, the economic uncertainty in the nation’s meat packing plants might present an opportunity for increased demand for protein alternatives, like pulses. That’s definitely food for thought when considering what to plant in the coming year.

What two things do a banker, pilot, mechanic and physical therapist all have in common?1. They’re...

Brandon O'Halloran, a career music teacher, and his wife Mariah were not content watching their...

While this year's holiday meals may look slightly different, we all look forward to something sweet...