One of the greatest bodybuilders of all time, best known as a muscle-bound action hero, shocked the world by becoming a vegetarian. The thing is…Arnold Schwarzenegger isn’t the only one. In fact, the number of professional and Olympic athletes that are vegetarian or vegan is rapidly growing. 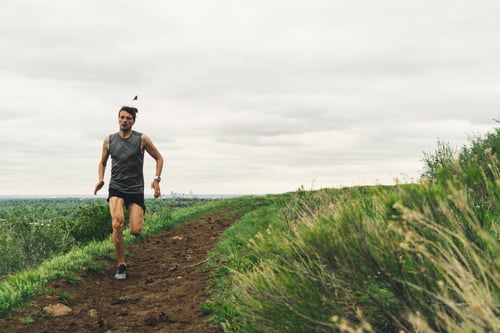 In his youth and as a seven-time Mr. Olympia, Schwarzenegger was well known for eating 1.1-1.2 grams of protein for every pound of bodyweight -- all from meat and eggs. For perspective, that is more than three times the recommended daily intake of protein, which is 36 grams a day for the average person. Schwarzenegger’s protein intake was unprecedented in the sport, but it helped him sculpt one of the most iconic physiques in bodybuilding history. Now 72-years-old, Schwarzenegger still works out regularly but relies on getting his protein from lentils and other legumes. And according to Netflix’s documentary The Game Changers, he feels fantastic and is healthier than he has been in decades.

The film takes a deep dive into the growing trend and makes the startling claim that eating protein rich meals that are meatless, not only contributes to overall heart health, but reduces inflammation and improves recovery rates in athletes. The film showcases athletes who outperform their competitors and their stories of overcoming struggle by foregoing meat and getting their protein from alternative sources such as lentils and legumes.

From bodybuilders, strongmen, marathon-runners, and cyclists, athletes from around the world are learning the science behind the benefits of reducing their intake of red meat and seeking protein alternatives. According to the company Market Research Future, the global market for protein powder alternatives including plant proteins such as chickpeas and lentils is expected to continue to grow to more than $730 million a year by 2025. That is double digit year-over-year growth and is a challenge to the market dominance of other protein sources.

The trend toward alternative sources of protein will likely increase beyond 2025. There’s more to it than maximizing performance or optimizing health. The switch to plant-based eating benefits our planet. The realities of industrial level meat production, including land and water use, water contamination, and even air quality, make lentils and other legumes an alternative that addresses environmental concern too.

Lentils are likely to continue to grow in popularity as more individuals try them in all of their varieties and learn to prepare them with the options of thousands of different recipes.

The Cost of Keeping Food Chemical-Free and Organic

Regardless of the crop – fruit, vegetables, grain, or pulses – organic production has cost factors...

Since glyphosate was introduced in 1974, it has become the most widely used herbicide worldwide....